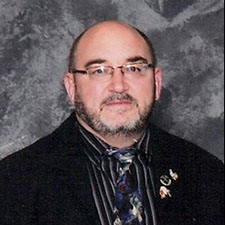 The SAMCODES Standards Committee (SSC) develops, promotes and ensures compliance with the South African Mineral and Oil & Gas Reporting Codes. These Codes comprise the SAMREC, SAMVAL and SAMOG Codes, and associated Guidelines. Governance of the Codes is affected through membership of Professional Bodies, through Statutory Registration of Earth and Geological Scientists and Engineers, and through the Johannesburg Securities Exchange (the JSE) Reader’s Panel.

The Chairmanship of SAMCODES rotates between the two Patrons, the Southern African Institute of Mining and Metallurgy (SAIMM) and the Geological Society of South Africa (GSSA). We are pleased to inform you that as from January 2019 Dr Steven Rupprecht will take up the Chair of the SSC, as the SAIMM representative.

In 1999 He joined CSIR Mining Technology as Research Area Manager and worked extensively on the Deepmine and Futuremine Research Programmes. In 2003 Steven joined RSG Global as a Principal Mining Engineer until 2007 when joined Keaton Energy as a Technical Director, a position he held until the end of 2009. In 2010 joined the University of Johannesburg as Senior Lecture and Director of Mining.

Steven has been involved with the reporting and reviewing of Mineral and Coal Reserves and Mineral Asset Valuations since 2003 including the compilation of CPRs, Mineral valuations, Ni 43 101 reports for PGEs, Gold, Coal, Chromitite, Copper, Cobalt, Nickel, Fluorite, Mineral Sands, and other minerals.

On behalf of the SAIMM and the GSSA we are happy to welcome Steve as Chair of the SSC, and we look forward to interacting with as many of the global Professional organisations as we can over the next few years.

For accurate news about the COVID-19 outbreak, please visit: